Summary: December is the best time to find the best candidates for your law firm. Don’t wait until the January hiring rush. Get an edge on your competition now. 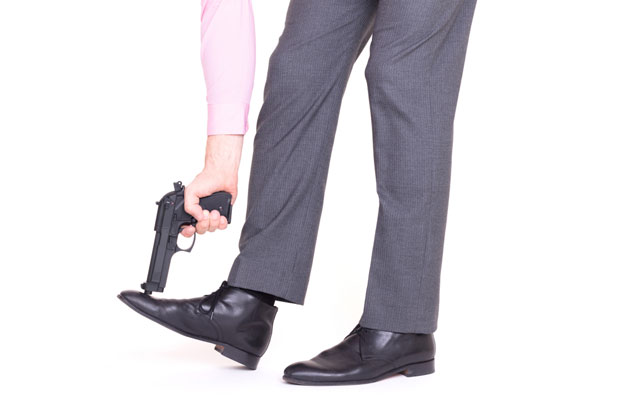 In December, not all of the gifts are under the tree

The low down on the slow down—two important reasons why your firm needs to speed up its hiring at year’s-end:

Recruiting professionals will tell you they make more placements in November and December than any other time of year. So while some law firms put off recruiting and advertising their positions until the New Year, the smartest firms are planning ahead and ensuring they avoid the hiring rush and are ahead of the game. By focusing your efforts on hiring in December, you will not only give your firm an advantage in the market, but it will pay dividends in the long run.

The December search is good from both sides

Apart from hiring in general, lateral recruiting also gets hot in December. This is true for associates as well as those at senior- and partner-levels. Of course, if your firm is in the market for senior- or partner-level hires, you know that these positions take even longer to fill. In December, most bonuses have already been announced, and candidates will be itching to get paid and leave. This is why December is the most advantageous time to reach out to those attorneys.

Yet, law is nothing if not a tradition-bound industry. For large law firms, February to mid-April has often been thought of as the busiest hiring time. (And definitely don’t wait for the summer months.) And so the myth that hiring in December is as cold as the month itself persists—but don’t mistake its pervasiveness for its truthfulness. There is no evidence. Although February to mid-April is the period of highest activity for law firms, it doesn’t mean it’s also the best time to search for the best candidates—in fact, quite the contrary.

And even more reasons for heating up your search in December

Not just lawyers but paralegals too

To add even more pressure, the job opportunities for lawyers are shrinking by just under 8% from where they were 10 years before. (Lawyer employment peaked in 2007.) This could mean even a wider and hungrier pool come January. The demand for paralegals, however, may be on the rise. The BLS predicts their prospects to increase by as much as 15%. Searching for paralegals and other legal staff during December could also have enormous benefits too.

There’s a perception that hiring is pushed off by law firms until January to save money before they close the books on the old year’s budget—this on top of lowered staff levels and all of the other end-of-year business that comes due. Who wants to add the fuss of onboarding new hires to the mix? This is why law firms feel extra pressure to fill open slots before the end of the year. And when there’s work to be done, the deadlines don’t care what time of year it is, or anything else. What does matter is that law firms’ very existence depends on billable hours. If there are not enough attorneys to do that, those unfilled vacancies will be revenue killers.

Therefore, it’s not unheard of for firms to hire people during the holidays, including Christmas Eve and New Year’s Eve. That fact that someone is hiring on New Year’s Eve is a good indication of the urgency involved.

Then there’s the possibility of losing funding for those positions that aren’t filled by the end of the year. HR, recruiters, etc. are under the gun to get candidates in and interviewed before everyone leaves for Christmas break. For this, the first weeks of December can be some of the most important hiring times of the year, especially in times when the legal job market is strong.

And, the last few years have been strong: lateral hiring has been up almost 4%.

Don’t let the December trail get cold: What to do if you don’t beat the clock

While urgency can be high, the pace can be slow.

One challenge is getting all the necessary people for making the hiring decision all together. The hiring volume may have slowed, and so have staff and resources, even though the need has increased. When people are absent from the office, it does complicate things—especially if your candidate needs to meet with several associates or partners. This is where communication technologies can save the day: Face Time, Skype, Google Meet, Meetup, Zoom, and others are great options for video interviews. By utilizing video conferences, your scheduling options open up for interviewing.

If you can’t complete the hiring process in time to beat the end-of-year deadline, the next best thing is to conduct screening interviews and stay in touch with the candidates you are interested in to keep the connections active. That way, you can at least keep them in the pipeline until the hiring committee is in the office again.

Since there are fewer job seekers and fewer resumes being sent out in December, doesn’t that mean that the pickings will be slimmer? Absolutely not. You may have fewer resumes to sort through, but the candidate pool will be much better. The field in December is more serious and committed. This is a boon to your firm and one you should definitely seize upon.

The standouts will only stand out even more—and your signal-to-noise ratio will be much better. What you’re witnessing is a golden opportunity and you’ll need the best resources for getting the most out of it. You’ll need a hiring partner, and for that HiringPartner is your go-to resource.

To find your candidates, you’ll need more than a job listing on your law firm’s Careers page or to post jobs on a few popular job boards. You’ll need a recruitment process that includes state-of-the-art applicant tracking, intuitive and integrated data management, and the finest customer support when you need it—support from an actual human. You’ll need the full-service and complete experience that only HiringPartner can provide.

Harrison Barnes is the founder of BCG Attorney Search and a successful legal recruiter. Harrison is extremely committed to and passionate about the profession of legal placement. His firm BCG Attorney Search has placed thousands of attorneys. BCG Attorney Search works with attorneys to dramatically improve their careers by leaving no stone unturned in job searches and bringing out the very best in them. Harrison has placed the leaders of the nation’s top law firms, and countless associates who have gone on to lead the nation’s top law firms. There are very few firms Harrison has not made placements with. Harrison’s writings about attorney careers and placements attract millions of reads each year. He coaches and consults with law firms about how to dramatically improve their recruiting and retention efforts. His company, LawCrossing, has been ranked on the Inc. 500 twice. For more information, please visit Harrison Barnes’ bio.

HiringPartner is a data-driven recruiting and applicant tracking system. Hiring Partner delivers the intuitive, integrated management tool you need, while maximizing your attraction of top talent through our exclusive network.

There are many job boards, applicant tracking systems, and ways to recruit law firm attorneys out there—but there is only one Hiring Partner. Hiring Partner is the most powerful legal recruiting tool ever for law firms. In other words, Hiring Partner is not just an organizational tool, but also a talent magnet. For more information, please visit https://www.hiringpartner.com/

There are many sources for government jobs, but these jobs receive relatively few applications because they are poorly advertised and for this reason can be much easier to get than private sector jobs. Many people fail to check, or don’t even know about, the thousands of government job-related websites that exist. You need to look beyond commercial job boards to find these jobs, that other job seekers may unwittingly overlook. ... Read more